Photonic components utilise photons (or particles of light) as opposed to electrons. As they move at the speed of light, photons have a wide bandwidth and minimal energy loss, making them both fast at transferring data and highly energy efficient.

Photonic integrated circuits can be used to create faster, and more energy efficient devices. That’s because these PICs can sense with the highest level of precision, and are highly effective at processing and transmitting data. They are also integrated alongside traditional electronic chips and applications across a range of industries, including data and telecommunications, medical and healthcare, engineering and transport.

The history of integrated photonics

Photonics is the science behind the detection, generation, and manipulation of light particles (photons). According to quantum mechanics and the concept of wave-particle duality first proposed by Albert Einstein in 1905, light acts as both an electromagnetic wave and a particle. The context in which light is operating determines the nature of light observed. For example, light bending through a lens takes a wave form whereas in fibre optics, light takes particle form as a photon, which carries no mass and a specific amount of energy.

Integrated photonics (IP) is a branch of photonics in which multiple photonic functions and waveguides are fabricated on the surface of a flat substrate made from either Indium Phosphide (InP), Silicon Nitride (SiN), or Silicon Photonics (SiPh). This breakthrough in technology means that photonic integrated circuits can now process and transmit light similarly to how electronic integrated circuits conduct electrical signals.

Integrated circuits using electrical components were first developed in the late 1940s and early 1950s, but it took until 1958 for them to become commercially available. When the laser and laser diode were invented in the 1960s, the term ‘photonics’ fell into more common usage to describe the application of light to replace applications previously achieved through the use of electronics.

By the 1980s, photonics gained traction through its role in fibre optic communication. At the start of the decade, an assistant in a new research group at Delft University Of Technology, Meint Smit, started pioneering in the field of integrated photonics. He is credited with inventing the Arrayed Waveguide Grating (AWG): a core component of modern digital connections for the Internet and phones.

Ton Backx was the founder and first director of the Institute for Photonic Integration and CEO of PhotonDelta. Under his leadership, the Electrical Engineering department grew to be the largest in the Netherlands in the years before. Backx has been appointed Knight in the Order of the Netherlands Lion.

How does a photonic integrated circuit work?

A photonic integrated circuit works by using photons (particles of light) to transfer, sense, process, and transmit information. Using waveguides to control and direct light through total internal reflection, photonic integrated circuits are comparable to the wires used to carry electrical signals. A laser source provides the light needed to drive the components, similar to a switch in an electrical circuit.

Connected by waveguides, multiple components can be integrated and fabricated on a single substrate to create robust and miniaturised solutions. Components in the photonic integrated circuit can be both passive and active. Examples of passive components are switches and multiplexers. Active components include detectors and lasers.

The differences between photonics and electronics

As global data consumption rises and demand for faster networks continues to grow, the world needs to find more sustainable solutions to the energy crisis and climate change. At the same time, ever more innovative applications for sensor technology, such as Lidar in autonomous driving vehicles, appear on the market. There is a need to keep pace with technological challenges.

Which industries and applications use PICs?

One of the first examples of photonic integrated circuits is a 2-section Distributed Bragg Reflector (DBR) laser, consisting of two independently controlled device sections: a gain section and a DBR mirror section.

Today, there are growing numbers of industries and applications for photonic integrated chips as designers tackle evermore challenging technological problems by incorporating photonic technology into their solutions.

Not only can PICs increase bandwidth and data transfer speeds, they can reduce energy consumption in data centres, which spend a large proportion of energy on cooling servers. Compared with solely electronic solutions, PICs generate far less heat and can mitigate the need for cooling, reducing energy consumption. For example, QuiX Quantum develops quantum photonic processors which enable photonic quantum computers to operate at room temperature – a major step forward in reducing their cost and size.

Using photonic biosensors and creating more affordable diagnostic biomedical instruments, integrated photonics opens the door to the very real possibility of lab-on-a-chip (LOC) technology, cutting waiting times, and taking diagnosis out of laboratories and into the hands of doctors and patients. Based on an ultrasensitive photonic biosensor, SurfiX Diagnostics’ plug-and-play diagnostics platform provides a variety of point-of-care tests. Similarly, Amazec Photonics has developed a fibre optic sensing technology with photonic chips which enables high-resolution temperature sensing (fractions of 0.1 milliKelvin) without having to inject the temperature sensor within the body. This way, medical specialists are able to measure both cardiac output and circulating blood volume from outside the body. Another example of optical sensor technology is EFI’s OptiGrip device, which offers greater control over tissue feeling for minimal invasive surgery.

In automotive integrated photonics can be used to monitor the surroundings of vehicles through sensor systems like Lidar (light detection and ranging). It can also be deployed in-car connectivity through Li-Fi, which is similar to WiFi but uses light. This technology also facilitates communication between vehicles and urban infrastructure to improve driver safety. For example, some modern vehicles pick up traffic signs and remind the driver of the speed limit. In terms of engineering, fibre optic sensors can be used to detect different quantities, such as pressure, temperature, vibrations, accelerations, and mechanical strain. Sensing technology from PhotonFirst uses integrated photonics to measure things like shape changes in aeroplanes, electric vehicle battery temperature, and infrastructure strain.

Sensors play a vital role in revolutionising agriculture and the wider food industry in order to reduce wastage and detect diseases. Light sensing technology powered by PICs can measure variables beyond the range of the human eye, allowing the food supply chain to detect disease, ripeness and nutrients in fruit and plants. It can also help food producers to determine soil quality and plant growth, as well as measuring CO2 emissions. ​​A new, miniaturised, near-infrared sensor, developed by MantiSpectra, is small enough to fit into a smartphone, and can analyse the chemical content of milk and plastics.

Types of fabrication and materials

The most commercially utilised material platform for photonic integrated circuits is Indium Phosphide (InP), which allows for the integration of various optically active and passive functions on the same chip. The fabrication techniques are similar to those used in electronic integrated circuits and uses photolithography pattern wafers for etching and material deposition.

Silicon Photonics actually refers to the technology rather than the material. It combines high density photonic integrated circuits (PICs) with complementary metal-oxide-semiconductor (CMOS) electronics fabrication. The most technologically mature and commercially used platform is Silicon on Insulator (SOI).

By combining and configuring different chip types (including existing electronic chips) in a hybrid or heterogeneous integration, it is possible to leverage the strengths of each. Taking this complementary approach to integration addresses the demand for increasingly sophisticated energy-efficient solutions.

Where are photonic integrated circuits developed and produced?

There are a number of organisations specialising in different types of fabrication: 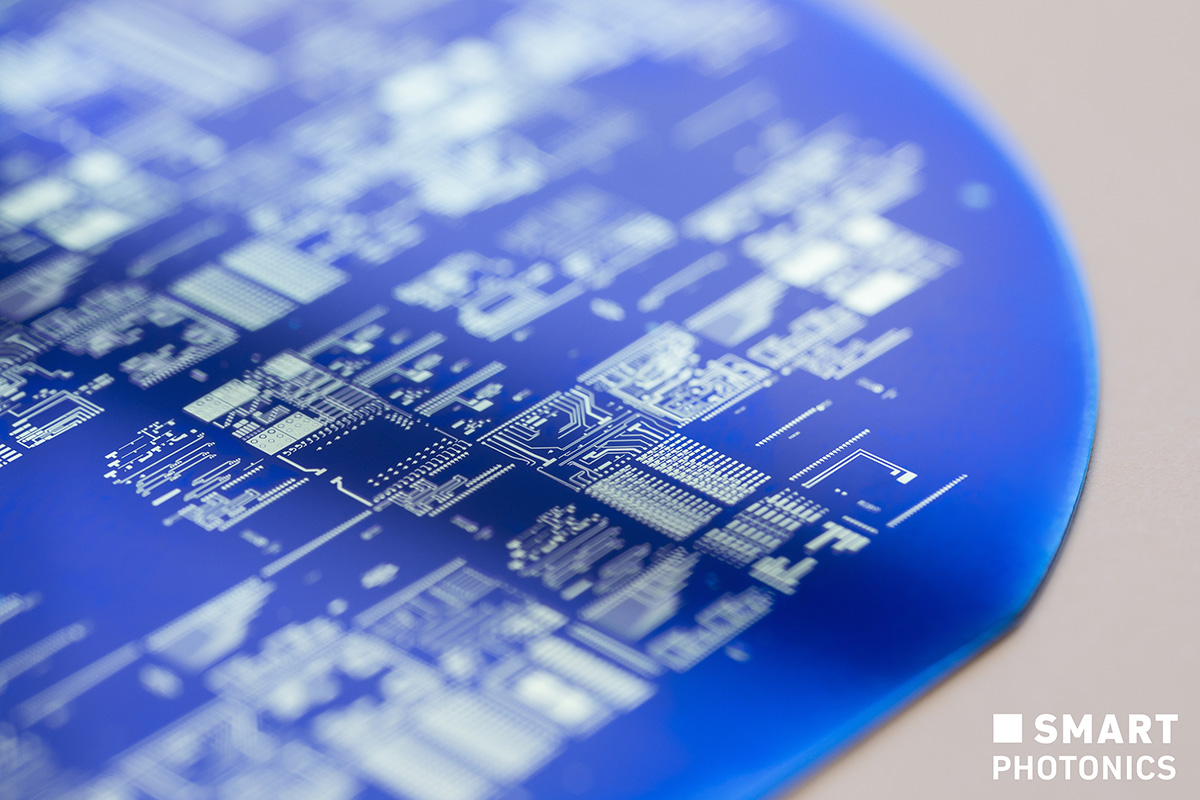 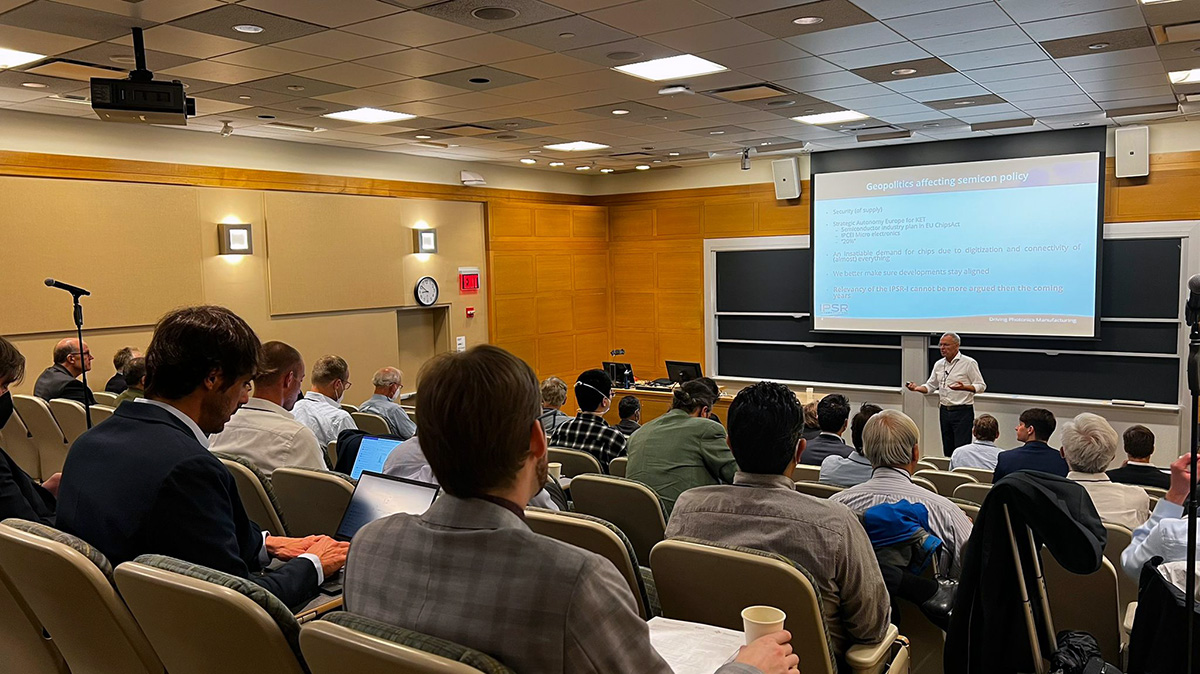